Getting older and wiser 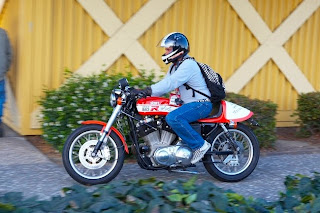 As I get older, and cannot fathom being able to ride some of the new products, I can only find joy in the history of being able to ride the new and best of my day. Now, I find that the upright sport-touring and touring posture is the most comfortable for an old fat guy like me. I wish joy and happiness to the new generation of lucky riders who can appreciate (I hope that they can appreciate) the new technology, styling and performance that they can find now, just as I did twenty-five (more like 35) years ago. The best and fastest motorcycles then are now appreciated as vintage and historical, probably like me. 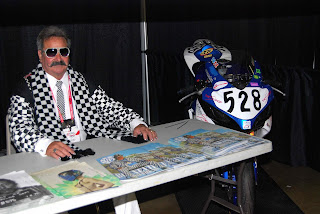 A very happy and fun Independence Day today, and I'm off to attend yet another American Sport Bike Night as it's the First Monday of the month. We have never missed an ASBN meeting on the First Monday of any month since we founded the gathering in 1998 and so, I'm off to the parking lot of the "Closed for the Holiday" venue where ASBN is held. Yeah, burgers, hot dogs, salads, and some sodas for the ASBN folks, and anyone else who wishes to stop by and say hello. Remember however, this is the235th anniversary of the Declaration of Independence and it's a solemn day to remember all those who gave their lives and liberty to protect what our Founding Fathers had as a vision for all of us. Who knew, that this republic would be the cornerstone of the politics of the planet some 235 years after those brave men composed that sacred document and knew, that they were done with the tyranny of an oppressive country and were tired of being a colony and wished to be an independent nation. Happy Fourth of July 2011.
Posted by Woz at 12:40 PM No comments:

What a terrific Summer already... (Fourth of July tomorrow)

On the first day of Summer 2011 I was happily enjoying myself at Disney Hollywood Studios in Orlando Florida. It was a week of magical entertainment after attending an International convention and meeting of a collector organization to which I belong.

The Magic Kingdom on Sunday, Animal Kingdom on Monday, Hollywood Studios on Tuesday and Epcot on Wednesday ended a great week of enjoyment and the beginning of a great summer.

There are lots of activities planned for the upcoming several months, the Bonneville Salt Flats landspeed racing event by Bub, the Sacramento and Calistoga flattrack events, MotoGP in Monterey, all to cap off what has already been a wonderful 2011 that started with a trip to Indianapolis for the Powersports Expo, the Paso Robles Sidecar Rally, and well, too much for my failing memory to process right now so let's go with it's been an exciting year so far and with this Fourth of July Holiday weekend and the Holiday tomorrow it's just getting better.

American Sport Bike Night, a motorcycle enthusiast group that I co-founded with two other moto-enthusiasts in 1998 will go on as has been the case on the First Monday of Every Month since way back then in 1998. Unfortunately the restaurant where it is held will be closed for the Fourth of July, but we'll be there to cook burgers, hot dogs, and have salads and sodas and the like with plenty of ice on what is forecast to be a sweltering day tomorrow. Stop by if you have a chance, we'll make sure to save you some of our BBQ afternoon fare.

I hope the summer treats you well, and that despite the economic woes of many that you are prosperous, healthy and energetic for the remainder of the year.