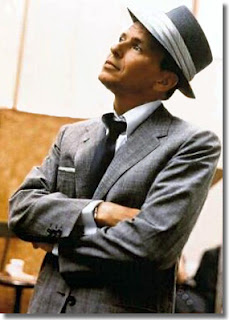 Most people wish for success during their lives and to be happy in their occupation. Frank succeeded in just about every thing he attempted professionally. He regretted not being physically able to serve his country but he gave back and served in his own way. He lived a full life that many people admire, whether fans of his music or not. It’s easy for great music or theatrical performances to live on, but for a persona to persist as long as Mr. Sinatra’s shall is a true testament to his legacy.
Posted by Woz at 12:39 PM